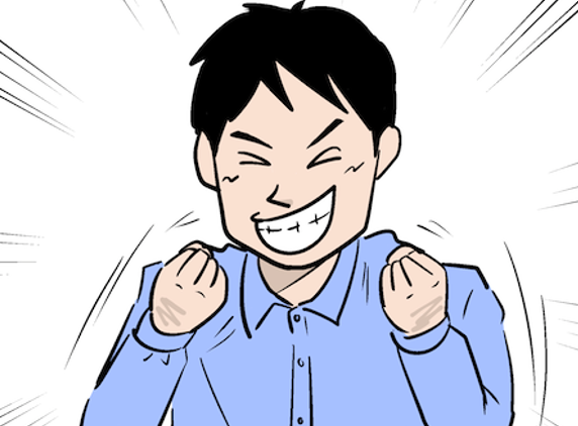 In Japan, where pre-marriage cohabitation is still considered somewhat taboo, married life is a serious commitment with traditional roles that involve self-sacrifice and obligation, not only to one’s partner but to their extended family. So what do the single men of Japan think about marriage versus the bachelor life?

1. “When I go out drinking without having to get permission.”

The Japanese business world revolves around the networking and team-bonding tradition of nomikai, after-work drinking parties, where secrets are revealed and true feelings are shared outside of the office. Businessmen who don’t attend drinking parties are less likely to get promotions and can be alienated from the group, so married men find themselves in between a rock and a hard place, torn between their obligations to their boss at work and the boss at home.

2. “When I see salarymen looking sad just before their payday.”

In Japan, it’s the norm for hard-working salarymen to hand over their entire paypackets to their wives, who are in charge of handling the household budget. Many husbands receive pocket-money to last them for the month, which is usually just enough to cover their travel, drink and lunchtime food expenses, meaning many men go hungry or have to make do with cheap meals towards the end of their pay-cycle.

3. “When I have to listen to colleagues grumble about their wives.”

Japanese singletons said they had to listen to married men complain at work and heard some awful stories about how badly their wives treat them. Many disgruntled husbands warned that women “change” and become entirely different people once they get married, putting single men off the thought of settling down.

4. “When I travel and can choose my own destination and do whatever I like.”

Bachelors said they enjoyed having time to themselves to relax and do as they please when away on holiday. Whether that be sightseeing or lazing about in the hotel room or ryokan, it’s nice to not have to do things they’re not interested in. Marriage and children can certainly change the way people travel and when your wife’s in charge of the purse-strings, luxury weekends away can be few and far between.

What does smile mean in Japan?

The mystery of the Japanese smile. They say foreigners think it is very strange, so they are likely to misinterpret ...

Japanese Cotton Husband isn’t huggy pillow, it is life partners for the lonely!

The Wata Danna (Cotton Husband) is extension of the pillows shaped like a man’s arm or a woman’s lap that have been ...

More and more foreign travelers are showing an interest in dipping a toe in Japan’s hot spring, or onsen, traditions...

Wherever there are classrooms, you are sure to find class clowns. From making fart noises to intentionally giving ab...

Two adorable toddlers participate in their first ever judo match. The result? Super cute. Though, if they continued ...
Japanese laugh for one thing, Hanami
Humour-hearted Japanese man couldn’t wait to see sakura, liven up himself
Home
Japan's culture