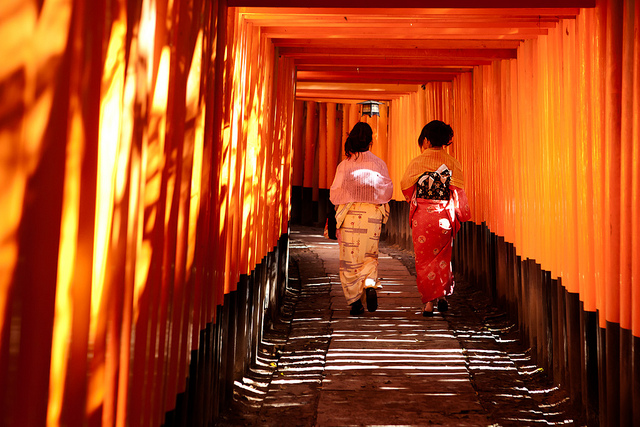 Fushimi Inari Taisha s the head shrine of Inari, located in Fushimi-ku, Kyoto, Japan. The shrine sits at the base of a mountain also named Inari which is 233 metres above sea level, and includes trails up the mountain to many smaller shrines which span 4 kilometers and takes approximately 2 hours to walk up
Since early Japan, Inari was seen as the patron of business, and merchants and manufacturers have traditionally worshipped Inari. Each of the torii at Fushimi Inari Taisha is donated by a Japanese business. First and foremost, though, Inari is the god of rice.
This popular shrine is said to have as many as 32,000 sub-shrines (bunsha (分社?)) throughout Japan

As of this moment, there are already millions of people who are enjoying the benefits that they get from their o...

Not an EASY JOB!

We only seek for an applicant who has a strong       motivation to be a popular tutor! Apply Now! - Application form

Importance of Communication Skills to Japanese

Japanese want to speak English fluently because they want to enhance their communication skills and they can c...

Japanese influences on the Filipino culture

Japanese influences manifested our love to work. Dignity of labor and working hard were one of the values that...

Maintenance Schedules Hiring Tutors of English from Ilocos Region
What will I need as a teacher?
Raise system
Home
Pinas Info