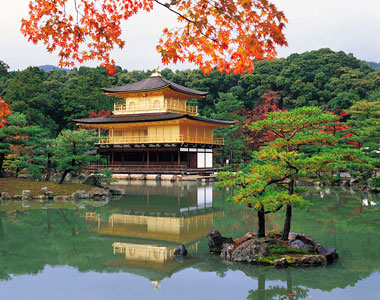 Kyoto served as Japan’s capital and the emperor’s residence from 794 until 1868. It is now the country’s seventh largest city with a population of 1.4 million people and a modern face.
Over the centuries, Kyoto was destroyed by many wars and fires, but due to its historic value, the city was dropped from the list of target cities for the atomic bomb and spared from air raids during World War II. Countless temples, shrines and other historically priceless structures survive in the city today.
Kyoto is a magical city. It sounds sugarcoated but it’s true.

With 400 shrines and 1,600 Buddhist temples visiting Kyoto feels like time travel. Even its entertainment districts feel like something from the past ― a mysterious world of geisha and tea houses.

Kyoto has so much to offer that attractions that would be significant in another city can go mostly unnoticed.

Most of our teachers are house wives and fulltime mommies they stay home and earn at the same time. Working at...

Two adorable toddlers participate in their first ever judo match. The result? Super cute. Though, if they continued ...

The untold mystery of Mr. Steve Job’s death likely to inspire Americans, Arabs, Iraqis and of course me