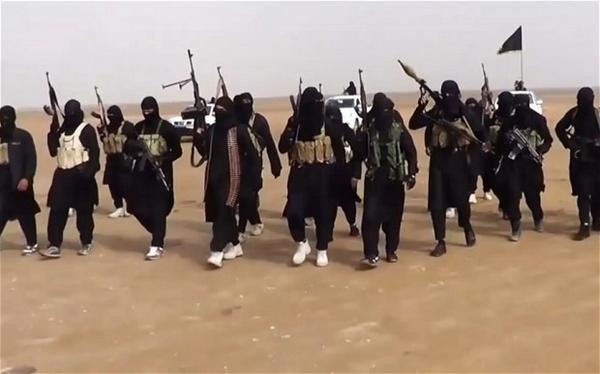 REUTERS | Published — Friday 24 June 2016
MANILA: Southeast Asian militants who claim to be fighting for Daesh in the Middle East have said they have chosen one of the most wanted men in the Philippines to head a regional faction of the ultra-radical group, security officials said on Thursday. The claim was made in a video that was recently posted on social media.
The video is significant, experts say, because it shows that Daesh supporters are now being asked to stay home and unify under one umbrella group to launch attacks in Southeast Asia, instead of being drawn to the fight in the Middle East.
Authorities in the region have been on heightened alert since Daesh claimed an attack in the Indonesian capital Jakarta in January in which eight people were killed, including four of the attackers.
In the 20-minute video seen by Reuters, young men and some children in military fatigues are shown carrying and training with weapons.
A section of the video showed some of these men engaging in gunbattles in jungles but it was not clear where and with whom.
The video also showed three men apparently being executed, but it was not clear where and who they were.
The authenticity of the video and when it was taken could not be independently verified.
In the video, a man authorities in Malaysia have identified as Mohd Rafi Udin, a Malaysian militant currently in Syria, says in Malay: “If you cannot go to (Syria), join up and go to the Philippines.”
In the video, Udin also urges people to unite under the leadership of Abu Abdullah, a Philippine militant leader who pledged allegiance to Daesh in January.
Abu Abdullah, also known as Isnilon Hapilon, is a leader of the Philippine militant group Abu Sayyaf. He is on the FBI’s most wanted list for his role in the kidnapping of 17 Filipinos and three Americans in 2001 and carries a bounty of $5 million.
The video was released to mark Daesh’s acceptance of allegiances from militants in the Philippines, the first formal recognition of a Southeast Asian group, said Ayob Khan Mydin Pitchay, chief of Malaysia’s police counter-terrorism unit.
“This video is not just propaganda, but is a serious threat. We are definitely expecting more attacks in this region,” Pitchay told Reuters.
Hapilon is known to be based in the interior hills of the island of Basilan in the Mindanao region of the southern Philippines. In April, at least 18 Philippine soldiers were killed and 53 wounded in an attack on his followers on the island.

How should I send my application?

You must apply on-line for specific job openings available through the e-recruitment candidate portal. Please co...

Teach from home. Teach students from Japan. No travel costs to a language school or to private homes. No ti...

Let us hear the message of one of the ASSETS and a PIONEER teacher of Pinas Group!

Only here in PINAS GROUP

A great English Skills is not enough!

Pinas Academy, we are empathetic about our teaching service, and committed to a great improvement for the better. We enc...
Japanese opinion about Homosexuals in Japan
Republic of the Philippines Senator Ferdinand “Bongbong E. Marcos has set his eyes on highly-worthwhile complain
Home
Pinas Info